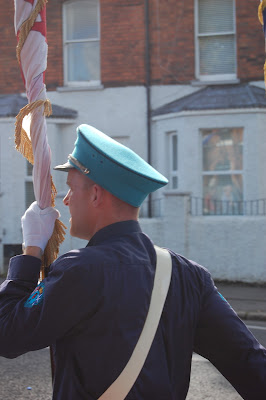 On the 28th of September 1912 Sir Edward Carson became the first person to sign the Ulster Covenant. I’m writing this on the 29th of September 2012 in East Belfast. As the closest Saturday to the anniversary, Ulster’s Loyal Orders and their associated bands are out in force. Even here, sheltered from the Upper Newtownards Road, I can still hear the pounding drum beats and the high, tinny sound of the fife. In my back garden you can clearly hear the drone of the police helicopter high above, obscured somewhere in the broken cloud.

Personally, I don’t ‘do’ politics. These days, all I’m looking for in my elected representatives is to ensure that I can go on living a quiet, peaceful life and that we are never again dragged into the dark days of sectarian murder and hatred. On the other hand, this is a huge event that’s happening on my doorstep – it would be remiss of me not to go and take a look. With that in mind, I took a walk to the end of my street with my family to get a sense of the scale of this huge parade. I have no comment to make on the rights or wrongs of such large-scale marching, nor on any point of modern politics (and I would be grateful if any readers wishing to leave a comment would refrain from the same). However, it did make me think of what the archaeologists of the future would make of Belfast and our political divide in, say, a thousand years. In the year 3012 the Belfast Archaeological Research Project (BARP) would find that all the flags and emblems of both sides had long since rotted away and that even the paint on the kerbstones and gable walls had not stood the test of time. The physical remains of the city could tell you stories about the differences between rich and poor – some sets of house foundations set within larger grounds could be equated as belonging to the better-off end of society as opposed to smaller, more cramped terraces in other parts of town. But what of our political differences? There are rich and poor on both sides, so there will be no discernible differences between the houses of one side and the other. Similarly, our material culture is pretty uniform, so there will be little to differentiate our refuse. Despite jokes about the distance between eye-sockets, there is no physical difference between our skeletons. I once heard that the Catholic church insisted that there be a large underground wall (not visible on the surface) built in the city cemetery to divide their dead from those of the Protestants. I have no idea if this is true, but it may cause some head-scratching for the archaeologists at BARP. Similarly, most churches and places of Christian worship are pretty standard in plan, so there will be little to tell them apart. That said, there may be questions as to why we appeared to require so many ‘ritual/ceremonial structures’. Don’t get me wrong – I’m not belittling anyone’s right to express their culture/religion/politics in any way they like (nor anyone else’s right to be offended by it) – I simply don’t care. My point is just that, despite our perceived modern differences in belief, that archaeologists at BARP would have extreme difficulty in telling us apart – who were the Unionists and the Loyalists? Who were the Republicans and the Nationalists?

Going beyond our modern time, this line of thinking eventually got me derailed into considering what Ireland may have been like in, say, the middle of the Bronze Age. Could it have been similar to today? As archaeologists we look at the material culture of the period and, to a large extent, perceive homogeneity. The people of the time lived in broadly similar structures, and while there were a variety of ways of disposing of the dead, they are essentially ‘Bronze Age’ in character. Similarly, while their material culture – tools, weapons, etc. – show chronological development we would be hard-pressed to divine subtler divisions relating to political/religious world views. In Cleary & Kelleher’s excellent monograph on the Neolithic site at Tullahedy (I’m working on a review of it for this blog, honest!), Farina Sternke observes that the main focus of stone tool production was the creation and refurbishment of leaf/lozenge-shaped arrowheads. She asks the questions – what was the need for such an arsenal? If they were for the defence of the site, then who were the ‘enemies’? Although it is beyond the scope of her work at Tullahedy, she suggests that an examination of the site in the context of place and territoriality in Neolithic Ireland as a viable avenue for future research. When it comes to examining changes to sites and monuments over time, it is relatively common to invoke changes in polity and ritual as explanations. In my own case, I presented just such a narrative as a means of explanation of how a presumed central burial at a ring barrow ended up in the ditch at Gortlaunaght, Co. Cavan. The pottery was Early Bronze Age, but the dates from the charcoal in the ditch were Late Bronze Age. My scenario (presented, I hasten to add, as only one possibility among many) was that changing cultural practices and political upheavals in the Late Bronze Age may have resulted in the deliberate ‘slighting’ of older monuments to demonstrate the wielding of power by a newly enfranchised elite. As I say, it’s a commonly enough used device in explaining and understanding change in archaeology.

In the whirl of today’s commemorations, my idle thoughts have led me to a new question. What would it have been like several hundred years into this new Bronze Age religious/political sphere? In terms of archaeological visibility, everyone is now living a nice, modern, Bronze Age lifestyle in their nice roundhouses, with their occasional bronze weapons and gold jewellery. But what of the people? Are they really that homogenous? Could there not have been societal divisions where part of the population still associated themselves with the ‘incoming’ set of ideas, while another considered themselves to be ‘native’ in their background. At a remove of several generations from the genesis of such a society all such distinctions are (in terms of the physical evidence, at least) unimportant – in today’s terms Unionists and Nationalists are vastly politically different, but they share a material culture: both sides have flat-screen TVs, broadband internet, and drive VW Polos (etc.) – it’s not like one side are all ‘modern’ and the other lot are grimly living in the 17th century, with their muskets, horse-drawn carts, and exciting, woodblock printed monthly journals. Similarly, in my hypothetical Bronze Age scenario, you can accommodate multiple traditions with competing/mutually exclusive mental cultural maps and landscapes, yet sharing a near identical lifestyle.

The other idle though of mine today was about the strong cohesive (and simultaneously divisive) power of such ceremonial activities as marching and parading. I know there are plenty who see it as an oppressive force, deliberately and aggressively flaunting its authority and ascendancy. On the other hand, the scene near my house was of large numbers of people feeling part of a shared history, culture and community. These views are mutually exclusive, but each has something to recommend them. As I say, I have no interest in passing comment on modern political divisions. Initially I was thinking of the fantastic corpus of Irish Bronze Age Horns and how they could have been used in just such a way – loud droning instruments to attract attention: invoking positive feelings of inclusion and acceptance in one social group and precisely the opposite in another. The serious suggestion in all of this that, perhaps, we should attempt to move beyond studies of manufacture and deposition of these instruments and begin to look at them in terms of the political/religious power that they may have had – not just to bind a society together, but to highlight differences too. I’ve probably already pushed this argument too far, but I may as well be hung for a sheep as a lamb: in writing all this it has just struck me how similar the gold lunulae and gorgets are to the sashes worn by the members of the Orange Order. Both can be seen as demonstrating affiliation with one particular cultural ideology. Perhaps the Bronze Age goldwork too had specific connotations that evoked differing responses from different groups of spectators. I’m not sure how one would go about searching for, or drawing out, such threads of cultural dissonance, but perhaps they are there to be found by the right researchers. In any case, they can’t ever be found unless someone raises the possibility that they might exist at all. Overall, I am suggesting that we need to develop a more nuanced approach to past societies, and attempt to see beneath any apparent homogeneity and reflect how different elements within that society regard the outcomes of power shifts and religious/ceremonial changes.

In the meantime, I present a small selection of photographs from the parade as it passed near my house and remind ourselves that, despite whatever political views we have that may divide us, we have culturally much more that unites us!

If you’re planning to do any shopping through Amazon, please go via the portal below. It costs you nothing, but it will generate a little bit of advertising revenue for this site! 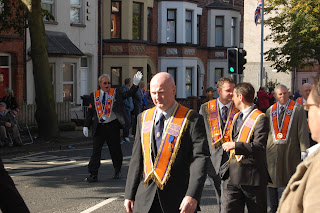 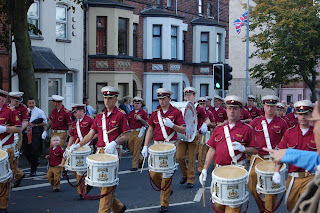 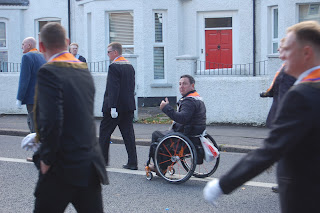 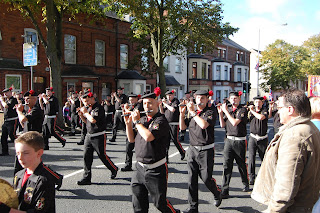 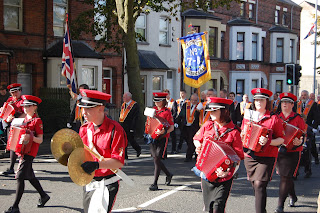 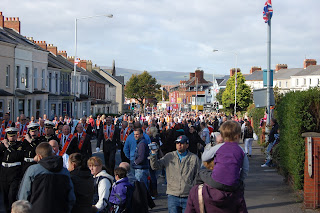 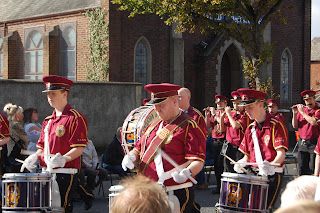