Over the past few days I’ve been posting some photos I took of St Manchan’s shrine in the National Museum of Ireland. They have been particularly well received (for the beauty of the object, rather than any photographic ability of mine), so I thought I might collect them together with a few words to provide context. 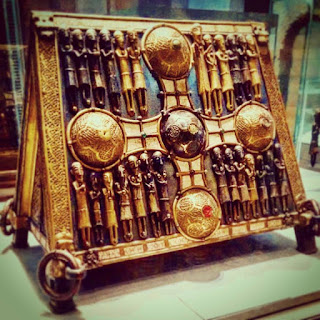 St Manchán mac Silláin was an early Irish saint. He is believed to have founded the monastery of Liath Mancháin in AD 645, on land provided by St St Ciarán of Clonmacnoise. The site lies in the modern townland of Lemanaghan, near Pollagh in County Offaly.

One of the best known stories about St Manchán is that he was amongst a group of religious types who gathered to pray and fast in AD 664/665. The reason for this pray-fest/fast … enlightenment? … peace? … kindness and goodness towards the world in general? ... not at all! These holy rollers were praying (at the request of joint high-kings Diarmait Ruanaid and Blathmac) that their god would send a plague to kill off a large portion of the lower classes of Irish society ... to weed out their numbers ... basically. Ironically, the Yellow Plague that arrived carried off St Manchan, along with fellow conspirators St Féchín of Fore and St Rónán mac Beraig … and if there isn’t a socialist moral in there, you’re really not looking hard enough! After his death, Manchán was remembered for his wisdom, knowledge of religious scripture and (astoundingly) for his generosity. 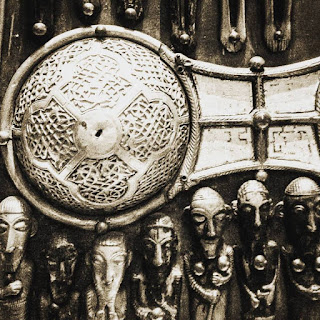 Despite being party to attempted genocide, Manchán is best remembered today for the exquisite Romanesque tent-shaped shrine containing his relics. It was created in 1130 in Clonmacnoise, Co. Offaly. The main structure of the shrine is of yew wood, covered with bronze plates. Each of its sides bears a large Greek (equal-armed) cross and a striking collection of cast figures.

Like many early shrines and reliquaries, it was long used to swear oaths and it was reputed to have the ability to cure illness. The shrine remained at St Manchan's monastery at Lemanaghan until the 18th century. At that time the church and monastic buildings had fallen into ruin and the artefact was moved, first to the church at Cooldorrough, and in 1860, to its current home at Boher church. 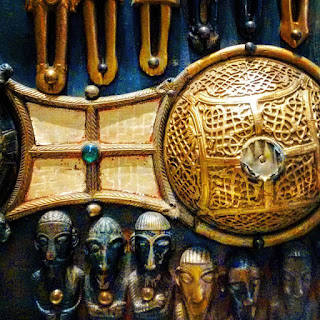 Thus, the artefact on display in the National Museum in Dublin is a replica, not the original. Nonetheless, it still conveys the splendour and beauty of what it must have looked like in its heyday.


The story about St Manchán’ death survives from two sources. The first is in the Latin Life of St Gerald of Mayo (who did not partake in the genocidal pray-fest, and so survived) and in the notes to the hymn Sén Dé in the Liber Hymnorum.

Sources:
Wikipedia
Megalithic Ireland
Posted by Robert M Chapple at 9:55 AM No comments:

Greetings one and all! Welcome to my 16th (and long overdue) ramble through my selection of the most interesting and exciting of the archaeology and history papers on the Academia.edu site. But first (and it will only take a moment) please divert your attention to Stuart Rathbone’s fantastic book: Archaeological Boundaries. Discussions, Experiments and Unprovoked Attacks. It’s published on the Leanpub platform and, while there is a suggested pricing, you can have it for free! I stand by my earlier claims that it the among the most significant books on Irish archaeology ever published and positions Stuart as among the most interesting and innovative thinkers in the field. Go on! You know you want to! 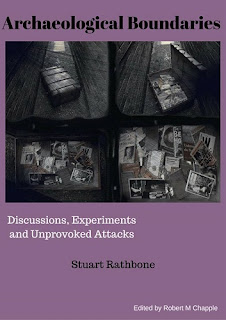 If that’s not enough for you, come peruse my selection of freely available papers from Academia.edu:

Emily Murray: From Life in the Bronze Age to Days of the Dead
Posted by Robert M Chapple at 11:40 AM No comments: