< Back to Table of Contents 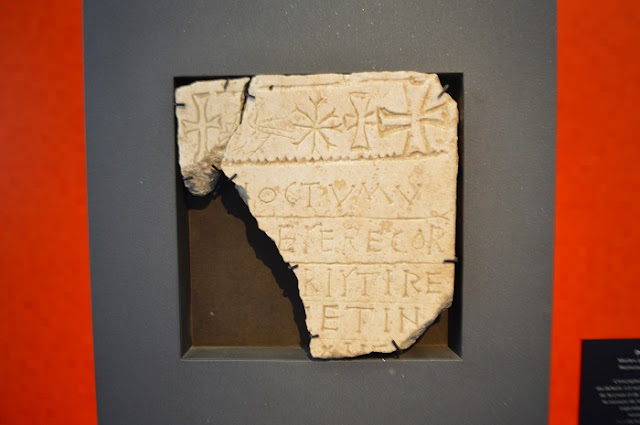 This remarkable little gravestone caught my eye. It was discovered in Drabuyard, Varces, to the south of Grenoble and dates to the 6th century. The upper portion is decorated with a variety of incised cross-forms (one of which bears more resemblance to a snowflake, but you can't have everything) and a little bird. If my guess is correct, the tuft on top of the bird’s head may be enough to identify it as a peacock. Although modern readers will often consider the peacock as an emblem of pride (“Proud as a peacock” and all that), the ancient Greeks believed that its flesh did not decay after death. In this way, it became a symbol of immortality and was adopted by early Christianity. Although fragmentary, the Latin inscription survives sufficiently well to be recorded and translated: